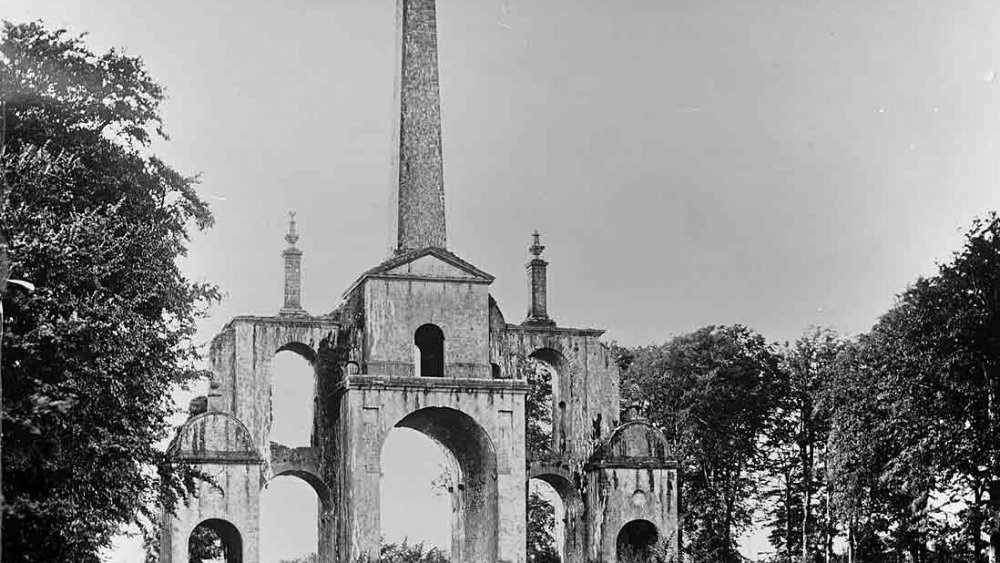 On the last day of 1739, Ireland found itself in the grip of a mini Ice Age.

Rivers froze, mills seized up, and houses could not be heated above freezing point.  In its wake came an ordeal by drought, flood, fire, famine and plague.  The percentage of the population that succumbed during that famine was much larger than for the Great Irish Famine of the 1840s but the tragic events of that earlier time have largely escaped attention.

The Irish Famine of 1740–1741 was due to extremely cold and then rainy weather in successive years, resulting in a series of poor harvests.   The cold and its effects extended across Europe, and it is now seen to be the last serious cold period at the end of the Little Ice Age of about 1400–1800.

“The Great Frost” struck between December 1739 and September 1741, after a decade of relatively mild winters. Its cause remains unknown.  During the ramp up to the crisis in January 1740, the winds and terrible cold intensified, yet barely any snow fell. Ireland was locked into a stable and vast high-pressure system which affected most of Europe, from Scandinavia and Russia to northern Italy, in a broadly similar way. Rivers, lakes, and waterfalls froze and fish died in these first weeks of the Great Frost. People tried to avoid hypothermia without using up winter fuel reserves in a matter of days. People who lived in the country were probably better off than city dwellers, because the former lived in cabins that lay against turf stacks, while the latter, especially the poor, dwelt in freezing basements and garret dwellings.

The ice-bound quays and frozen coal yards temporarily froze the coal trade. When in late January 1740 the traffic across the Irish Sea resumed, retail prices for coal soared. Desperate people then stripped bare hedges, fine trees, and nurseries around Dublin to obtain substitute fuel. Also affected by the Frost were the pre-industrial town mill-wheels, which froze. Water powered the machinery which ground wheat for the bakers, tucked cloth for the weavers, pulped rags for the printers. As a result, the abrupt weather change disrupted craft employment and food processing. The intense cold even snuffed out the oil lamps lighting the streets of Dublin, plunging it into darkness.

The Protestants were the governing class who owned the land. They distrusted the Catholic rural majority because of their disloyalty towards the Hanoverian state, and “their apparent lack of enthusiasm for the kinds of improved farming that promised to raise the future value of landed property.” The municipal leaders (mostly Protestant merchants and members of the landed gentry), however, paid closer attention to the state of urban and rural artisans and tradespeople because of their salutary effect on the commercial economy on which the landowners depended. These leaders knew from experience that “an unemployed or hungry town often became a sickly town and such sickness might be no respecter of class or wealth.” This exactly happened to Ireland as the Frost continued.

The Great Frost affected the potato, which was one of the two main food sources (the other was oatmeal) in rural Ireland. Potatoes left in the gardens where they had ripened the previous fall (1739) were frozen, destroyed, and inedible, and furthermore could not even serve as seed for the next growing season.  In spring 1740, the expected rains did not come, and though the Frost dissipated, the temperatures remained low and the northerly winds fierce. The drought killed off animals in the field, particularly sheep in Connacht and black cattle in the south, and struck farmers by destroying by the end of April much of the tillage crops sown the previous autumn (wheat and barley). Grains were so scarce, the Catholic Church in Ireland allowed Catholics to eat meat four days each week during Lent. The potato crisis caused an increase in grain prices, which translated into smaller and smaller loaves of bread for the old price.

By summer 1740, the Frost had decimated the potatoes and the drought had decimated the grain harvest and herds of cattle and sheep. Starving rural dwellers started a “mass vagrancy” towards the better-supplied towns, such as Cork in southern Ireland, where beggars lined the streets by mid-June 1740.

The soaring cost of food produced riots.  Troops from the Royal Barracks killed several rioters as they tried to restore order. Similar skirmishes over food continued in different Irish cities throughout the summer of 1740. International war made things worse, as Spanish privateers captured ships trading with Ireland, including vessels bringing grain. Linen, salted beef and pickled butter were Ireland’s chief export earners and the war endangered this trade.

In autumn 1740, a meagre harvest commenced and prices in the towns started to fall. Cattle began to recover, but in the dairying districts, cows had become weak after the Frost. This meant that fewer calves, less milk, and less butter were future realities.

To make things worse, blizzards swept along the east coast in late October 1740 depositing snow and returned several times in November. Then a massive rain downpour occurred on December 9, 1740, causing widespread flooding. A day after the floods, the temperature plummeted, snow fell, and rivers and other bodies of water froze. Warm temperatures followed the cold snap, which lasted about ten days. Great chunks of ice careened down the Liffey River through the heart of Dublin, overturning light vessels and causing larger vessels to break anchor.

The strange winter of 1740-1741 pushed food prices back up, e.g., Dublin wheat prices on December 20 were at an all-time high. The widening war in mid-December 1740 encouraged people with stored food to hold onto it. The populace needed food, and riots erupted again in various cities throughout the country. By December 1740, signs were growing that full-blown famine and epidemic were upon the citizens of Ireland.

In the first week of July 1741, grain prices at last decreased and old hoarded wheat suddenly flooded the market. Five vessels loaded with grain, presumably from America, reached Galway in June 1741. The quality of the fall harvest of 1741 was mixed. The food crisis was over, however, and seasons of rare plenty followed for the next two years.

Documentation of deaths was poor during the Great Frost. Cemeteries provide fragmentary information.  However it is said that 38% of the Irish population died during the crisis.

There was an upsurge in migration out of Ireland in the years after the 1740-1741 crisis, The year 1741, during which the famine was at its worst and mortality was greatest, was known in folk memory as the “year of the slaughter” (or “bliain an áir” in Irish).